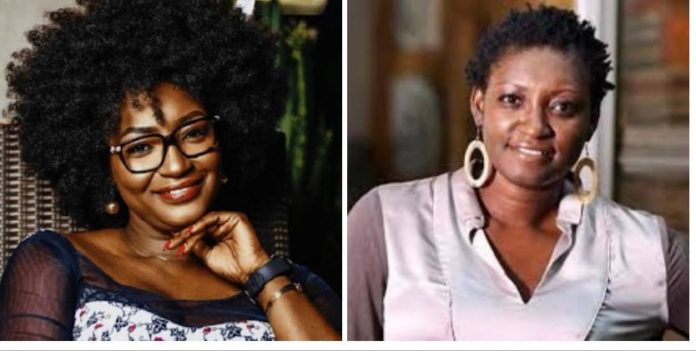 The Executive Secretary of the National Film Authority, Juliet Asante is warning young people in the creative industry against selling their souls for material things like Cars.

Recent accusations and counter accusations among some players in the creative industry have led to many questioning the source of the wealth, in the form of houses and luxurious vehicles (Range Rovers and Mercedes Benz), publicly displayed by some of these known faces.

In a musing on LinkedIn, Juliet, who doubles as the board chair of the National Film and Television Institute (NAFTI) expressed worry over the phenomenon.

I have lived for 46 years on this planet so far… this trip…I have worked in my sector for 29 of those years… I think? (I started early). I have a masters, gotten from a very good school… maybe some day when I have space, I will do more…I have done some and have plans to do more…I don’t have a Range Rover or some sort car… for now, I DON’T EVEN HAVE A CAR! …And yet I hear I am a CEO and some other positions…And yet young people in their 20s in a sector I supervise over… will kill and sell their souls to buy a Range, Benz and whatever!

The harvard trained creative arts expert, who once served on the World economic forum’s creative council, advised young people to prioritize leaving a legacy that will stand the test of time ahead of chasing fleeting luxuries by hook or crook.

“Yesterday I told a beautiful lady I mentor… see, 20 years ago, I was with people who thought 20 years ago was it… today nobody even remembers they ever existed…The journey is long… but in the end, the race is only with yourself. Don’t get it twisted… I hear all this noise around me… and it is all about who has the biggest car or something else…YOU KNOW THE TROUBLE AFRICA IS IN?”

The award winning Ghanaian film actress, producer and director ended her musing with an incisive question about what she is likely to be remembered for upon her demise asking “You think when when i go it will be RIP juliet , your car was so so awesome”