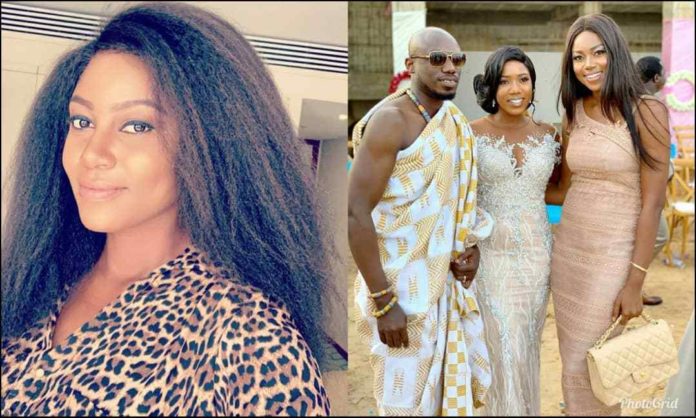 The mother of one is of the view that, the relationship will remain strong if outsiders are kept in the dark.

Yvonne who explained that she was aware of the secret relationship said she did not tell people close to her.

“I heard about the relationship. In 2017, I cast her (Lebene) in the season 3 of Heels and Sneakers so it was around that time I heard stuff going around”, she said.

Asked by MzGee what advise she had for the couple, the ‘Heels and Sneakers’ producer said they must focus on their marriage and leave others out.

“They need to mute all the noise from outside. They need to focus on themselves and God. They don’t have to listen to friends and too much talk. They need to keep it internal because the more you listen to others you are inviting others to load the ship and it will eventually sink. They need to stay as a unit and I wish them a happy married life”.

The event according to media reports was a star-studded affair which saw top Ghanaian celebrities in attendance.