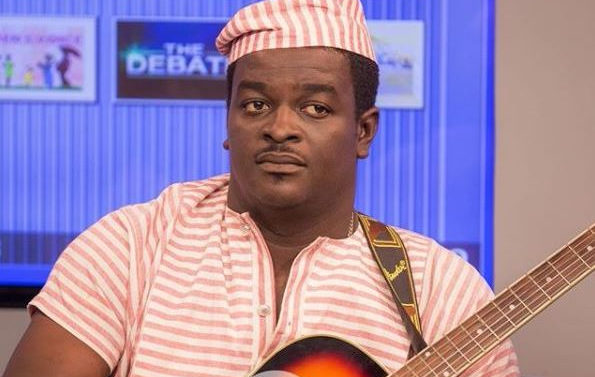 Zylofon Music signee, Nana Yaw Kumi widely known as Kumi Guitar has admitted that his career has been affected by the troubles of Zylofon Media.

The highlife musician told MzGee in an interview on Joynews that he has been adversely affected in the aspects of music production and promotion after the founder of the company landed in trouble.

According to the ‘Betweener’ crooner, he is unable to freely grant interviews without being bombarded with questions about the company.

” I’ve obviously been affected, Even with my promotions and my work as a whole. Because you are part of it (Zylofon), you can’t be any different. I’m being affected. It got to a point that even if you go to an interview, its not about your songs its about the issues. They only give you 2 or 5 minutes to talk about your song, which is not enough.”  He lamented

The artistes became the center of attention in the music industry with the influence of their bankroller, Nana Appiah Mensah.

However, the label began to dwindle after the woes of Menzgold, parent company of Zylofon media.

Kumi Guitar however indicated that the buzz is still around although its not entirely positive.